Sometimes Event Organisers Just Have to ‘Muck In’. 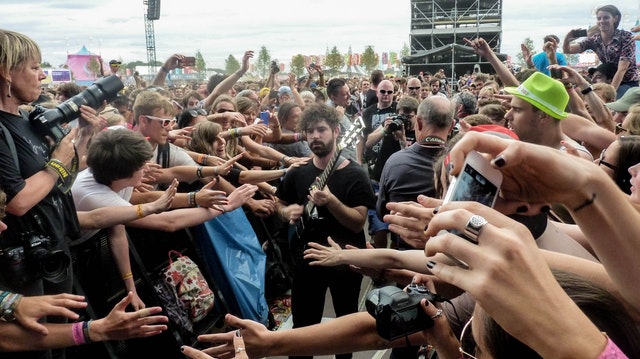 
For a music festival or event ensure your schedules and calendars build in buffers for late running or the ability to move artists and sound checks around. Communicate schedules to all concerned and double check this is fully understood. If you have equipment booked and it fails to turn up do you have a back-up plan with a reserve supplier or does the venue have equipment that can be used and has it been tested?

Here are a few examples of stories from various event organisers that may or may not be true:

So you see, being an event organiser is not all glitter and glam, you have to be prepared to perform any role and 'muck in' with just about anything including the unexpected. As an event organiser the responsibility ends with you and in many cases you are performing multiple roles from artist liaison to marshaling or even acting as a runner.

If you are using an event management software solution like FestivalPro you will get all the functionality you need to plan and manage your event. The guys who are responsible for this software have been in the front line of event management for many years and the features are built from that experience. The easy to use FestivalPro platform contains flexible calendarised functionality that enables you to make changes in the fly with automated notifications to key people.

Photo by Thibault Trillet from Pexels