The Wonderful World of the Comic Convention. 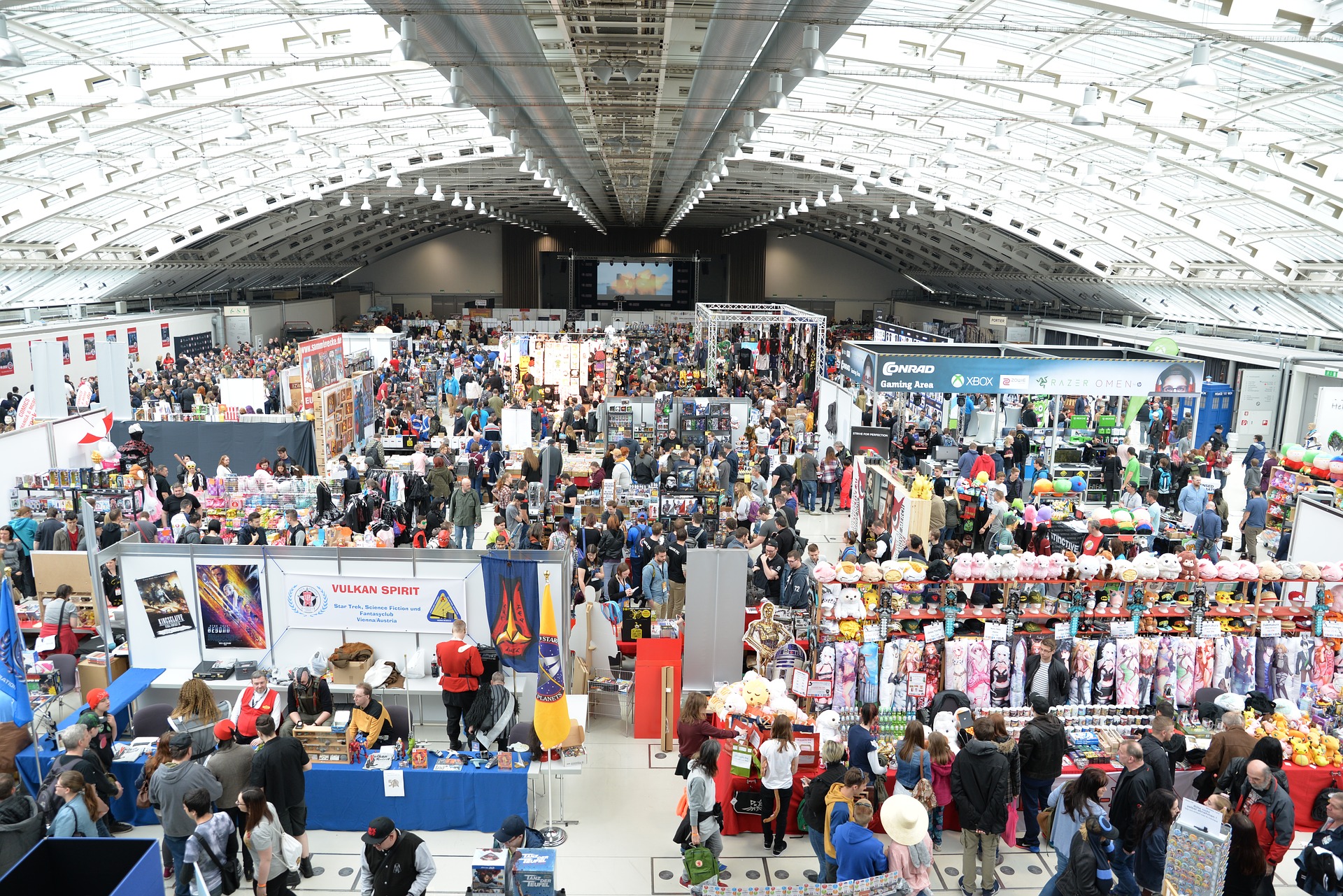 Comic convention genre events are now some of the most visited recurring events globally with huge investments being made by commercial organisations to stage ever larger annual comic conventions. What is the history behind the growing popularity of this genre and what are the logistics challenges facing new entrants to this sector.


The history of comic convention event can be traced back to early science fiction club meetings back in the 1930’s but as Marvel and DC started publishing comics in the 1940’s the popularity increased. The industry went through a series of ups and downs over the decades before gaining a ‘fan’ base in the form of the first one off event in 1964 taking place in New York City called New York Comico and is the first official comic book convention. There followed a number of smaller recurring annual events but the San Diego Comic-Con International is recognised as the leading event since first running in 1970. After deals were done with film studios the ‘super hero’ genre has really taken off and spawned multiple events around the world that now merges a host of other interests too.

Comic Convention Selection.
As mentioned above the most well-known comic convention is the San Diego Comic-Con International that attracts more than 170k visitors every year. The United States has a wide choice of comic conventions every year and take place countrywide covering most major cities. Outside the US one of the world's largest comic conventions is Comikit held in Japan twice a year attracting upwards of 600k to each event. The Comic-Con Experience (CCXP) in São Paulo, Brazil is similar in scope and size to the San Diego convention and for Europe there is Lucca Comics & Games attracting over 250k visitors each year. There are hundreds of smaller conventions taking place each year with many specialising in specific interests. Aside from the interest in comics many events now include gaming and esports as the market diversifies.

Comic Convention Logistics.
Most conventions are hosted in large convention centres or exhibition halls and aside from ticket sales organisers get revenue form the many vendors and sponsors willing to get involved. From publishers of comics and books to games and associated merchandise the comic convention is supported by a large supply industry. The draw for many visitors are appearances and discussions with authors, artists and other creative people involved first hand in the industry. They often appear for a fixed fee to sign autographs and take selfies with visitors. These large-scale events are only possible with the help of an army of volunteers and organisers must manage the recruitment and scheduling for all volunteers.

Some conventions remain as non-profit and rely heavily on their volunteers to make the events happen each year. However, as the interest and popularity has grown over the years more comic conventions are being created and run by commercial organisations.

For organisers planning their comic conventions using a software management platform like Festival Pro gives them all the functionality they need manage every aspect of their event logistics. The guys who are responsible for this software have been in the front line of event management for many years and the features are built from that experience and are performance artists themselves. The Festival Pro platform is easy to use and has comprehensive features with specific modules for managing authors/artists, contractors, venues/stages, vendors, volunteers, sponsors, guestlists, ticketing, cashless payments and contactless ordering.

Image by tunechick83 from Pixabay