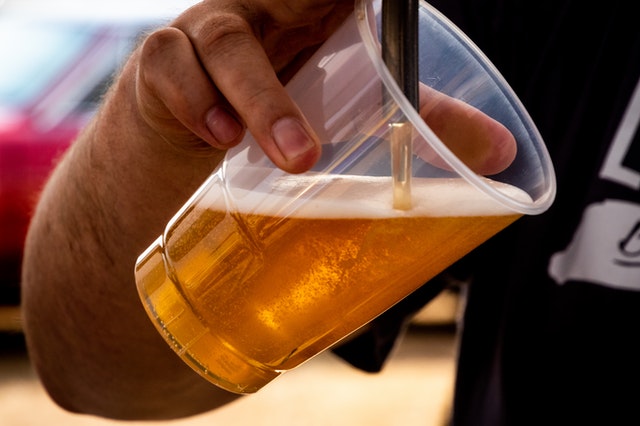 Just last week the Irish government touted the idea that if the sale of alcohol was banned then live music events may go ahead. They won't be the first country to flirt with this idea although for varying reasons as happened in Lithuania back in 2017. Some governments around the world have implemented alcohol bans in recent months citing COVID-19 as the reason.


Whatever anyone thinks about this, and some have quite strong views, there are a multitude of reasons why alcohol may be banned at live music events. Those in control have cited alcohol related health concerns and when it comes to COVID-19 infections the reasoning is that inebriated event goers are more likely to ignore social distancing and other restrictions. Anyone with an ounce of scepticism should see these potential moves as another excuse for those in power to exert control over the population.

Aside from the political machinations around such an idea the impact on music festivals for example would be dramatic. Major sponsors of music festival are alcohol companies who provide a significant chunk of financial support because of the branding and sales opportunities they gain at a major multi day music festival.

Any proposed ban is surely to meet with resistance from almost all event goers too especially when considering the quantity of alcohol consumed at a typical event. Many would argue that alcohol and music festivals go hand in hand so any ban is likely to meet with a backlash of some kind. These draconian controls from governments have come and gone before, the smoking ban came into effect over a decade ago and whist there are good health related reasons for that along with the anti-social aspects related to it there are some do-gooders out there who see alcohol as just as dangerous to health and an unnecessary anti-social indulgence.

If something does happen in the coming months the alcohol sponsors will no doubt move their sponsorship budgets to Asia and other third world countries following in the footsteps of the tobacco companies. For the sake of live music event survival and event goer enjoyment any proposed ban should be resisted at all levels, hopefully the majority of the western world lives in varying levels of democracy and those in power should understand that most people are intelligent enough to be able to make an informed decision themselves and not have more rules and regulations forced upon them.

It may come to pass that there will be some kind of compromise going forwards with more emphasis on responsible drinking to appease those in power who advocate banning alcohol sales at live music events. Alcohol sponsors already communicate such messages alongside the promotion and sales of alcohol at live music events and forms part of their branding message.

Using a live music event software management platform like FestivalPro can help event organisers manage their alcohol sponsors and messages regarding responsible drinking. The guys who are responsible for this software have been in the front line of event management for many years and the features are built from that experience and are performance artists themselves. The FestivalPro platform is easy to use and now has built in features and functionality allowing sponsors messages to be communicated via tickets, social media and event websites.

Photo by Magda Ehlers from Pexels