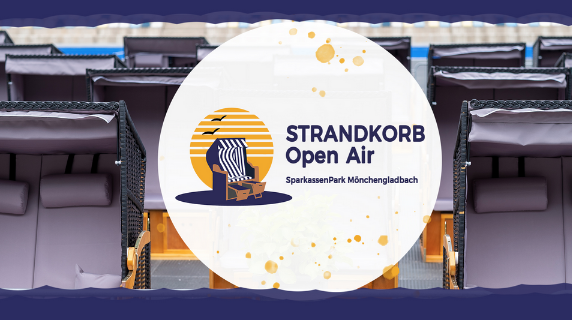 7th August 2020 (IQ Magazine). Organisers of Strandkorb Open Air say they’ve sold more than 35,000 tickets for Germany’s open-air deck chair concert series. The 60-show series, which runs from July until October, has so far sold out 20 shows including VNV Nation, Philipp Poisel and Gentleman. In the first month of Strandkorb Open Air, Brings, Höhner, Markus Krebs, Kasalla, Pietro Lombardi, Martin Rütter and Michael Mittermeier all delivered sold-out events. “This summer, with more than 60 shows, we will ensure that this season is remembered,” SparkassenPark MD Michael Hilgers told MusikWoche. “We never expected that the concept would attract such a great response and demand, both from artists and from the audience, and we are proud that we can realistically target the sound limit of 50,000 concertgoers. We are very much expecting it that many more shows will be sold out at short notice.”