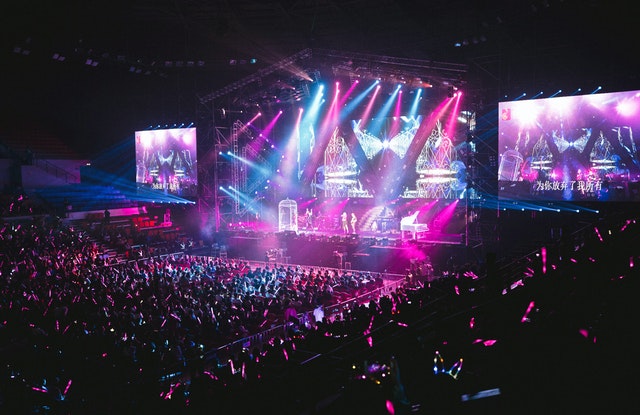 
In many respects the music festival scene is some way behind in popularity than Europe or the US but it may well be in for a period of expansion in the coming years. There could be opportunities for Western artists and event organisers but it would be a venture fraught with potential pitfalls including issues around corruption, mafia meddling along with virtually no concept of health and safety.

There is no doubt that the popularity of music festivals has increased in some Asian countries mainly due to a new generation of younger people with higher disposable incomes and more free time. There are huge differences in incomes and work hours for most Asian countries compared with Europe and North America but this is slowly changing. Here is a quick summary of some of the top music festivals around Asia:

Vietnam has a very young population and their economy is booming, however bear in mind it is still a communist dictatorship with bureaucracy and corruption likely obstacles for any event organiser.

Expect high western standards although recent political issues may be a concern.

Thailand is one of the world's most popular tourist destinations yet is still run by a military junta with nightmarish bureaucracy and ever-changing rules and regulations, no health and safety as such.

A Western style country with an affluent growing population, beware of ongoing political issues with China.

The Philippines has an unstable political system rife with corruption, poverty is widespread.

Asia also features a few travelling festivals including 'ULTRA' that puts on a big budget show touring Shanghai, Bali, Singapore, Bangkok, Manila, Taipei, Mumbai, Hong Kong and Seoul.
For something completely different and unique there is the sailing music festival ‘It’s the ship’ that sails from Singapore to Phuket (Thailand) and back to Singapore.

Others countries like Cambodia, Myanmar and Laos still have developing economies or have smaller populations which limits any market potential for now. Suffice to say Asia has an ever-evolving scene when it comes to music festivals but it offers unique opportunities with year-round great weather in many countries, lower operating expenses and a market open to all things new.

If you use an events management software solution like FestivalPro it already has built in functionality to handle you event wherever in the world it tales place. The guys who are responsible for this software have been in the front line of event management for many years and the features are built from that experience and are performance artists themselves. The FestivalPro platform is easy to use and the ticketing function allows for multiple currencies too.

Photo by Teddy from Pexels